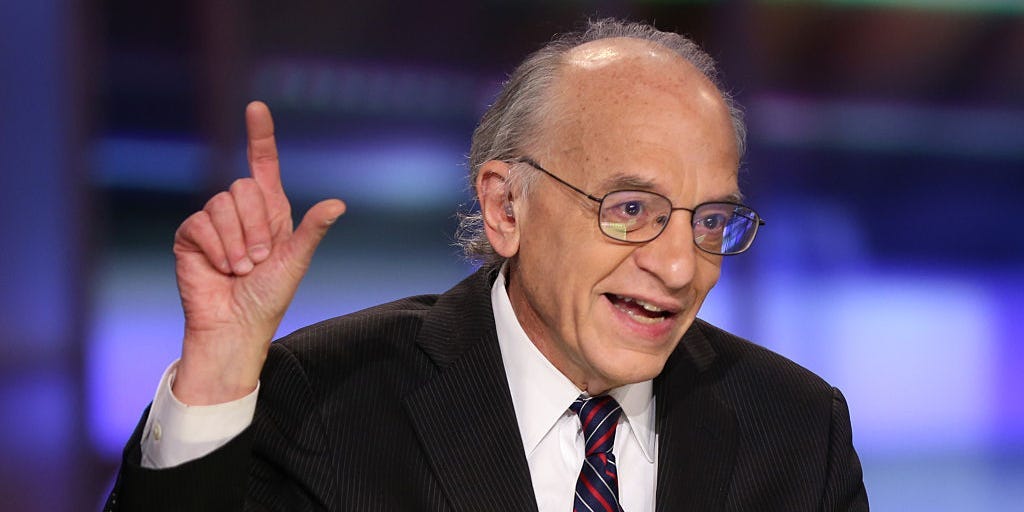 Wharton professor Jeremy Siegel thinks the stock market is on the cusp of a new bull market this year, according to a Friday interview with CNBC.

He pointed out that much of Wall Street is way too bearish on stocks, with strategist after strategist forecasting a big stock market sell-off in the first half of the year, followed by a recovery in the second half.

But Siegel said when everyone expects the same thing, that thing usually doesn’t happen.

“I think we are [on the cusp of a new bull market] because everyone says first half is going to be bad and maybe it’s going to be better in the second half. And what does history show? When everyone is on one side, they’re usually wrong,” he said.

Aside from the contrarian nature of Siegel’s bullish market call, he does see other reasons for stocks to move higher this year.

For one, inflation continues to cool, evidenced by this week’s release of the December CPI report. The year-over-year rate fell to 6.5%, and prices were down 0.1% month-over-month. And according to Siegel, the drop in inflation is even more pronounced than seen in the official CPI data.

“When I put the actual housing data into the numbers we got yesterday, you actually get negative core inflation now. And I think the Fed is at some time going to be forced to realize that we’ve really solved the inflation problem. And I think that’s one reason why the market has rallied and I think that they’re [the Fed] not going to stay anywhere near as tight as they claimed,” Siegel said.

That means the Fed is close to ending its interest rate hikes, and if they pivot to rate cuts, there’s still a chance for the economy to avoid a recession.

That would go against consensus, which suggests a recession is inevitable this year. And even if a mild recession hits the economy, it could already be priced into the market given its steep decline in 2022, Siegel said.

“I am so out of consensus by saying the Fed is going to have to lower the discount rate to a 2% handle by the end of this year, because they’re going to see the economy slipping and they’re going to see inflation going down. And when stocks see a 2% handle on the fed funds, even a big dip in earnings will not look so bad on terms of what values will actually be,” Siegel said.