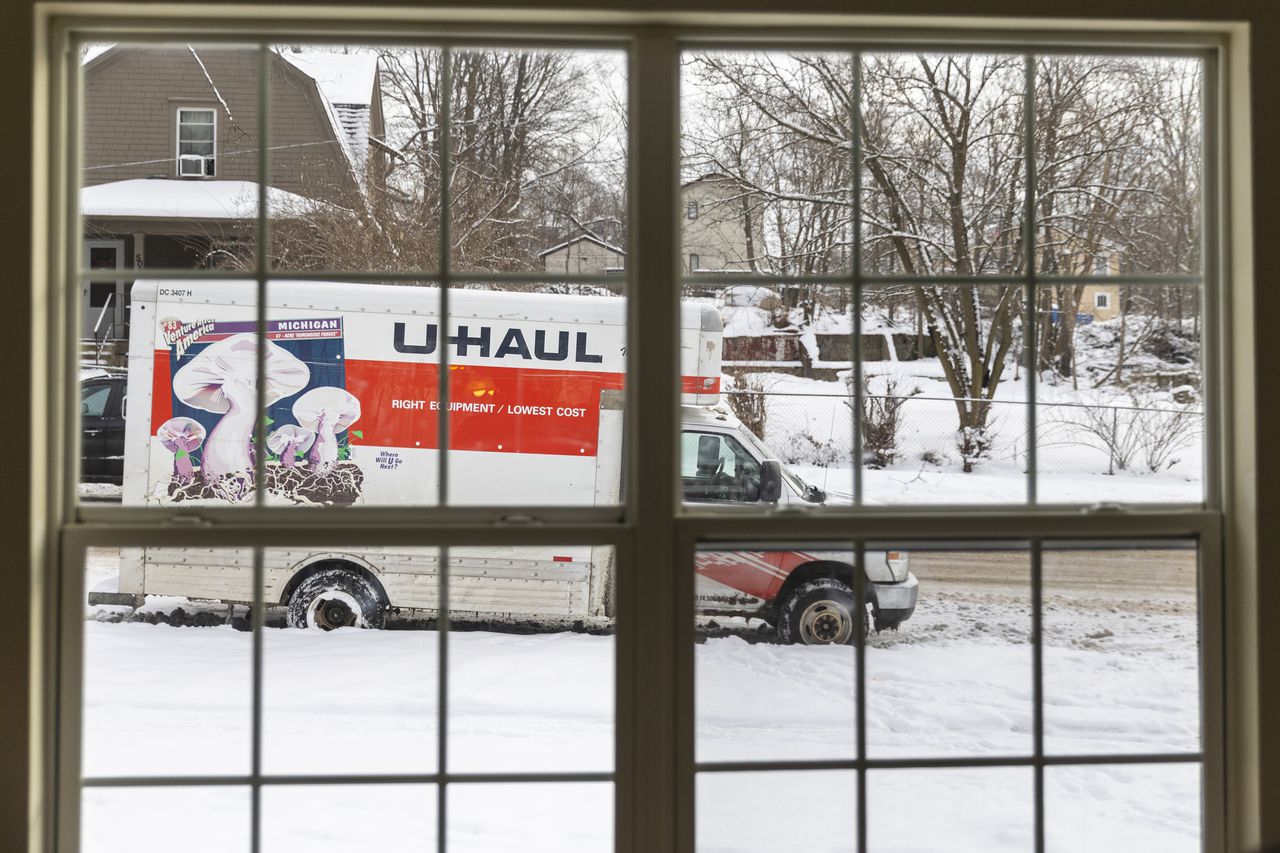 The housing market is cleaning up its wildest party in decades. Prices saw double-digit increases while days on the market were reduced to hours. But now we’re flipping on the lights and ending this rager. It’s time to go back to normal — whatever that is.

This year is already being dubbed the “Housing Hangover.” Cue the metaphorical Alka-Seltzer fizzle.

The slow down began months before the ball dropped in Times Square. Home sales fell 35.1% year over year in November, according to Redfin data. The real estate brokerage company notes this is the largest decline in its records dating back to 2012.

Price increases have relaxed as well. Nationally the median U.S. home-sale price rose just 2.6% from a year earlier, the smallest gain since May 2020, according to Redfin.

The same can be seen in Michigan’s data. Realcomp, a real estate data company tracking lower Michigan, found the 7,873 closed sales in November were not only lower than 2021 numbers but even below 2018 levels of 9,766 closed sales.

Prices are certainly higher than they were five years ago, but the year-over-year increase was less than 2%. The median price landed at $230,000 in November 2022 in Michigan.

Days on the market also point to a slow down as they reach a more normal 33 days. About 28% of new listings were sold in the same month. Compare this to the breakneck pace of February 2021, when 85% of listed houses moved into the pending sales category in the same month.

All this culminates in a buyer’s market. But don’t count yourself out if you’re looking to sell — there are still buyers who lost out in the frenzy. And for homeowners who sat out the chaos, there’s some good news in the forecast for you too.

If you’ve been sitting on the sidelines, sour from being outbid or simply waiting to jump, this might be your year, said Realcomp CEO Karen Kage.

This bolsters the months supply of inventory, or how many months it would take to for the housing stock to be sold at the current pace.

The National Realtors Association says a healthy supply is four to six months. Michigan’s months supply of inventory increased by 25% from 1.6 to two months from November 2021 to 2022.

With less steep price increases, longer days on the market and more inventory, scales are tipping in favor of the buyer.

The one major factor leveling that teeter-totter are interest rates.

The national average for a 30-year mortgage rate was 6.48% for the first week of the year, according to Freddie Mac. The change is close to double rates a year ago at 3.26%.

Higher borrowing costs translate to higher monthly payments. The average homebuyer will pay 77% more per month on their loan compared to the same period a year ago, according to Realtor.com.

This strengthens the tension between buyer and seller hold outs — both afraid to trade in their lower rates for higher ones.

However, waiting can be costly, said Brendan O’Driscoll, loan officer and branch manager of Treadstone in Grand Rapids.

Take the most recent cycle as an example: low interest rates brought more people into the market, supply exceeded demand, prices rose, and now there is a backlog of buyers who never found their dream home.

O’Driscoll suggests zooming out for perspective. Take the first week of January 2000 for example, a 30-year mortgage rate was 8.15%. The decade before, it was double digits.

A rate hike that feels stark in contrast for a new generation of homebuyers is actually normal in the grand scheme of things, he said.

The days of putting a “For sale” sign in the lawn and walking away with cash are done.

A buyer’s market, however, doesn’t mean doom and gloom for those looking to move, upgrade or downsize. It just means people need realistic expectations, said Natalie Rowe, President of Michigan Realtors and RE/MAX broker in Portage.

The best selling opportunities are for those who have been in their house for a decade and more. They have paid down their mortgage and accrued substantial equity. These sellers are a vital part of the real estate ecosystem as inventory is tight, Rowe said.

The only problem is finding them a new place to go.

Nationwide, Redfin predicts about 16% fewer existing home sales will occur in 2023 than 2022. Home price fluctuation depends on who you ask and where they are.

Redfin predicts prices will drop about 4% by the end of 2023.

National Realtor’s Association’s prediction was neutral with no substantial movement in either direction.

Realtor.com doesn’t expect a dip in prices but rather a slowdown in momentum. The website tapped Grand Rapid as No.7 in its top ten list of markets positioned for growth in price and sales.

Homeowners who stayed put and refinanced are looking like the winners so far.

At the current rate, O’Driscoll wouldn’t advise homeowners to refinance now unless a life event necessitates it, like death, divorce or debt.

Rowe has similar advice for new homeowners who got in at historically low rates: sit tight and maintain your investment.

Sweat equity like painting or making minor upgrades could go a long way in gaining and maintaining home value as prices stabilize, she said.

“When it does come time to sell, then the improvements that they’ve made are smart improvements, and they’ll be able to have a little bit of equity,” she said.

Michigan’s housing market is in crisis. Climate change could make it worse.

Want to add resale value? Start with the carpet in your bathroom.