Skip to content
Latest News
January 18, 2023January 19, 2023
Posted By: techrossm
This post was originally published on this site 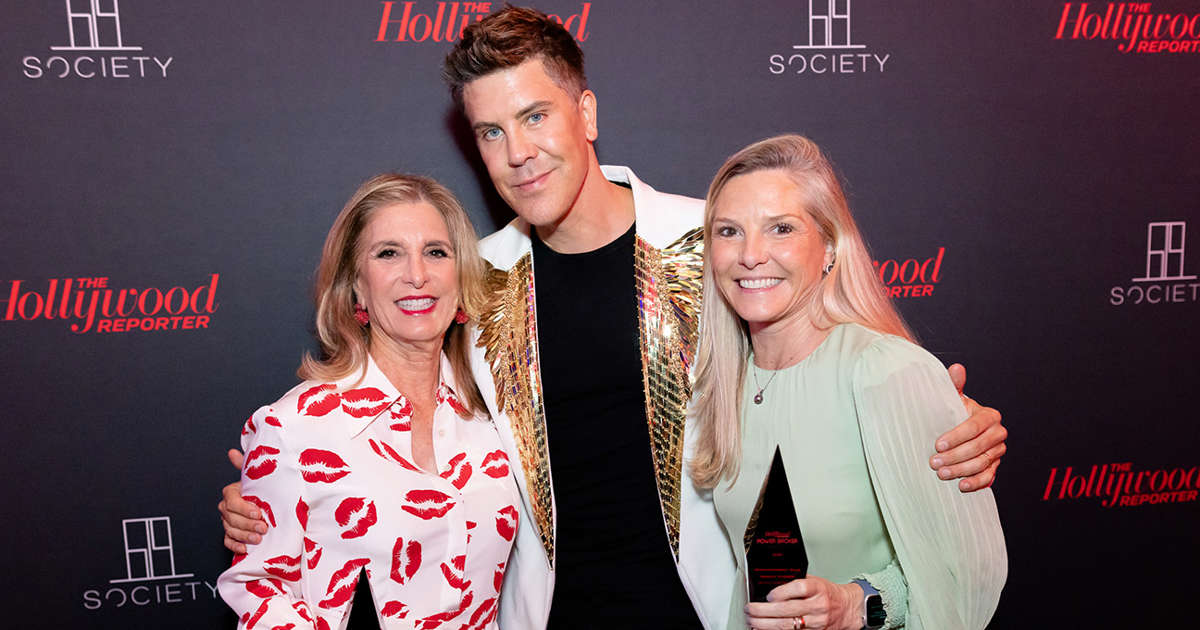 © Provided by The Hollywood Reporter


On Jan. 17, the top power players in Miami and Palm Beach’s hot residential real estate market — where two estates topped the $100 million mark last year — arrived at the Baz Luhrmann-designed Faena Theater in Miami Beach. They were gathered for the inaugural South Florida iteration of The Hollywood Reporter’s signature real estate event, the Power Broker Awards, which honors top-selling star agents across three cultural capitals. The awards event, which The New Yorker has called “The Oscars but for Hollywood Real Estate,” debuted in Los Angeles in 2021 and New York in 2022.

The third city to reach these ranks, Miami earned its place in the proverbial sun for its desirable home market, where sale prices have skyrocketed in the last few years and such names as Tom Ford, Future, Cindy Crawford and Sylvester Stallone have all bought residences in the last few years. “All eyes are on Miami,” said the night’s emcee, Fredrik Eklund of Douglas Elliman’s Eklund | Gomes Team. “The three cities are like three evil sisters and Florida is the younger, hotter one.”

More from The Hollywood Reporter

The 2023 Miami Palm Beach Power Broker Awards started with a dinner to honor agents who made The Hollywood Reporter’s inaugural list of the top 25 agents in Miami and Palm Beach, followed by the awards ceremony.

After a dinner of braised short rib, Caesar salad and beef carpaccio, Eklund — whose team made THR’s Miami Palm Beach list and which represents the in-development super-tall Waldorf Astoria Residences Miami — introduced the awards, which are selected based on such factors as clientele, overall sales numbers, the prestige of properties sold and media visibility.

The first award, for Stratospheric Sale of the Year (for a record-breaking individual sale), required little explanation. The winners were Ashley Cusack of Berkshire Hathaway HomeServices EWM Realty and the Jills Zeder Group’s Jill Eber and Jill Hertzberg, who represented the seller and the buyer respectively of the Arsht Estate in Coconut Grove, which sold last September for $107 million, the highest-ever home sale in Miami-Dade County history. Graciously accepting her award, Hertzberg noted that it takes a lot of know-how and commitment to accomplish these record-making sales: “We surely know what it takes to make it happen,” she said. “You don’t just get lucky on a Wednesday.” That message ran rampant throughout the night with many of the nominees speaking to the dedication it takes to reach the top.

The Corcoran Group’s Dana and Paulette Koch, leaders in the sale of homes with landmarked designation in Palm Beach, won the Agent of Historic Architecture award. The mother-son duo has sold such significant properties as the one-time Palm Beach manse of John Lennon and Yoko Ono, designed in the 1920s by Addison Mizner, which sold for $36 million in 2020.

Next up and in a category gathering much steam in the South Florida market was the award for Celebrity Property Portfolio. Presented by The Society Group CEO Alexander Ali, the award — honoring agents who enjoy a role as trusted advisors to their entertainment-world clients — was given to Carl Gambino of Compass. With a client roster that includes the Jonas Brothers among others, Gambino is no stranger to the world of entertainment now. But it wasn’t always that way. He recalled that one of his early jobs was as a dog walker and joked that, “This is a nice award for a guido growing up in New York who knew no one in entertainment.”

“In my opinion, Miami is still undervalued compared to the other major markets. It offers a fantastic lifestyle: a no-tax state, a burgeoning restaurant and art scene, the ability to live on the water, incredible beaches,” Gambino told THR earlier this year. He caught up during the evening with fellow Compass agents Nancy Batchelor and Liz Hogan.

The rise of the market though is undeniable —  South Florida had three out of the nation’s top 10 most expensive home sales of 2022 — proving that these agents have been adept at spreading the word about the attraction of the area’s lifestyle and at breaking through with creative media efforts in this competitive industry. Acknowledging the importance of marketing, REAL Messenger’s founder and CEO Thomas Ma presented the award for Media Maverick to Dina Goldentayer of Douglas Elliman (who garnered headlines in 2021 by placing a billboard in Times Square at the height of the pandemic that read #MoveToMiami). Goldentayer, who was unable to attend the evening, texted to THR that, “I’m honored that my marketing campaigns were recognized by The Hollywood Reporter and am excited to continue elevating.”

Presented by THR deputy editor Degen Pener, the Rising Star award, given to a next-generation agent who is 35 or under, went to Douglas Elliman’s Spencer Schlager.

The New Development Sale of the Year award went to Dora Puig of Luxe Living Realty, who notably sold a $40 million penthouse on Fisher Island last year. In her remarks, she noted that she’s proud to be among the few top independent agents in South Florida and said, “Development is in my blood and I am so beyond blessed to be a top broker in the South Florida market; I truly believe that we are one of the best real estate markets in the world.”

The last award of the evening, the Philanthropic Impact award, went to an industry leader who gives back to their community. For her decades of philanthropic efforts, Judy Zeder — who currently sits on the board of the Baptist Health Foundation and The Underline, among other organizations — was recognized with the honor. “I always believed that you’re only as good as what you give back to the community that you live in,” Zeder told the guests, who also included THR list-makers Elena Bluntzer and Nelson Gonzalez of ONE Sotheby’s International Realty, Corcoran Group’s Eloy Carmenate, Mick Duchon and Julian Johnston, and Douglas Elliman’s Lourdes Alatriste and John Gomes, who attended with colleague Julia Spillman.

The evening was presented by high-end property PR firm The Society Group and sponsored by social app for real estate REAL Messenger and home design and staging company Vesta Home. The Society Group’s Ali was proud to be celebrating the milestone of bringing the Power Broker Awards to Miami. “When we started [this] we said ‘We want to get to all three cities.’ And Miami was going to be our last stop, so I’m so honored and grateful that we’re doing this tonight. You, know, our first year in L.A. people were like, ‘What is this?’ but by the second year it was the hardest ticket in town to get.”

A number of agents said how much they enjoyed getting to see so many of their colleagues together in a social setting, an uncommon occurrence. “What I’ll remember most about the evening was the feeling of warmth and camaraderie creating an exhilarating, contagious energy in the room,” Paulette Koch told THR. “Our synergy is undeniable as we’re bonded by the unique situations we face working in our industry.”

For more stories like this, follow us on MSN by clicking the button at the top of this page.