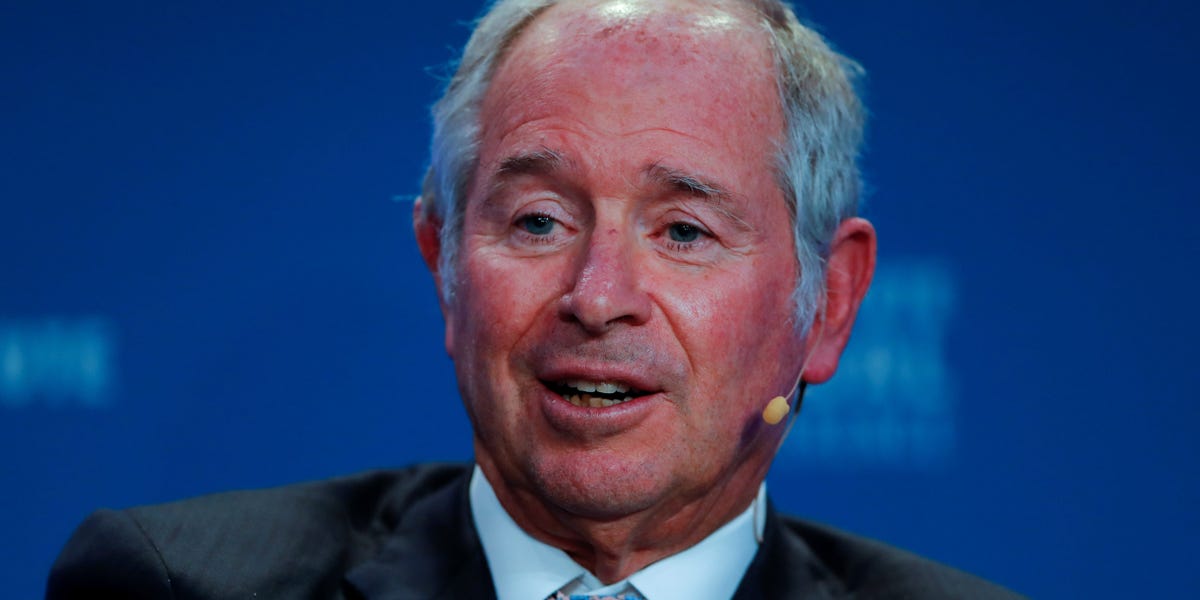 A group of tenants gathered in Los Angeles on Tuesday to share stories of cockroach infestations, maintenance issues, and fears of rising rents and evictions with their landlord and one of their landlord’s major financial backers.

The apartment complex residents who were there from San Diego made the case that the investor should pull out entirely if the landlord didn’t agree to specific demands, like placing a cap on rent increases and agreeing to hold off on evictions if residents fall behind on rent.

The landlord is no local management company. It is Blackstone, the New York-based investment giant that has become the world’s largest real-estate investor. Nadeem Meghji, the firm’s head of real estate for the Americas, and Kathleen McCarthy, global co-head of Blackstone Real Estate, were there to listen to the tenants’ testimonies and defend Blackstone Real Estate Income Trust, a fund that has come under scrutiny in recent months.

The investor is the University of California investment manager known as UC Investments, who earlier this month pumped $4 billion into the Blackstone fund, known as BREIT, when the fund needed a show of support.

The tenants who traveled to Los Angeles say they’re frustrated. Gina, one of the residents who uses financial assistance known as Section 8 vouchers, told Insider that if a low-income resident is relying on housing aid, “they won’t fix those places up.” Gina’s building of seven years was acquired by Blackstone in 2021; she requested that her last name not be published so she could speak freely about her residence. A Blackstone spokesperson said remarks shared by Alliance of Californians for Community Empowerment members “do not reflect our actions nor the positive feedback we receive from our residents.”

The meeting in Los Angeles this week is emblematic of tensions building between tenants and their powerful landlords. The last eviction bans aimed at assisting people through the pandemic are expiring in some parts of the US, worrying tenant advocates. Investment companies like Blackstone are projecting that they can benefit from these eviction restrictions lifting and rents they expect to rise across properties including designated affordable housing and student housing.

Just last month, remarks from Meghji during an internal company call illustrated the firm’s strategy to that end, and why it is so confident in the future of BREIT.

“Today on the ground, we’re seeing 5% rent growth,” Meghji told employees during the December 5 call, according to a transcript of his remarks that Insider obtained. “We’re also seeing a meaningful increase in economic occupancy as we move past what were voluntary eviction restrictions that had been in place for the last couple of years.”

A Blackstone spokesperson said that in San Diego, Blackstone has completed nearly 20,000 work orders since its acquisitions, and it is implementing $100 million worth of property improvements.

“We are investigating every single claim to ensure we are delivering a best-in-class experience to each one of our valued residents,” the spokesperson said. She added: “Not a single resident has been evicted for non-payment across our entire San Diego portfolio. Our goal is for residents to remain in their homes.”

Betting on rising rents for low-income people and students

Tenants in Blackstone-owned properties are not the only people in the firm’s universe criticizing its real-estate division.

Analysts, investors, regulators, and a large California union are scrutinizing aspects of BREIT since the firm limited withdrawals from the fund last month. Top executives like Jon Gray, Blackstone’s president and chief operating officer, have gone out in the financial press to defend BREIT and calm investor nerves after Blackstone’s stock fell.

In early December, four days after Blackstone posted a notice on its website alerting investors that it would take the rare step of limiting redemptions from BREIT, the firm held its usual Monday morning company-wide conference call known internally as BXTV.

The firm’s public-relations, marketing, and real-estate teams rushed that weekend — one person familiar with the situation referred to the process as a “mad dash” — to pull together a presentation for that morning centered on defending BREIT after a week of negative headlines.

Executives’ mission that morning was to downplay news coverage from the week prior and assure that BREIT was in good shape. Vik Sawhney, Blackstone’s chief administrative officer and global head of institutional client solutions, introduced Meghji, according to the transcript. The remarks were first reported by the Financial Times Alphaville.

“We’re a big owner of student housing, and in our student housing portfolio, we’re signing leases today for the next academic year at 9% higher rents than this year. So we know what this growth will look like,” Meghji said.

“We also have a big affordable housing portfolio, where rent growth is a function of inflation on a lag. Here, too, we know what growth will be next year,” Meghji said. “It’s going to be in the high single digits.”

BREIT has $68 billion of assets and has a three-year annualized return of 14.9%. Just over half of its portfolio is in rental housing, and 97% of its holdings are in the US.

“When we talk about cash flow growth, we’re not really speculating for next year,” he added. “We have a really good sense of what that will look like.”

The strategy that Blackstone outlined is notable because it is rare to hear investment executives share these dynamics that impact everyday people in such plain language. Private-equity firms are aiming to cultivate friendlier public images for new generations of consumers and investors. Blackstone has tried to counter its reputation of a brash Wall Street behemoth buying up houses, for instance, with warm images of smiling families on its website and a $1 billion dollar program to lower rents for some tenants.

Blackstone’s presentation highlights the very fears of tenant associations across the US. Tenant advocates and a group of progressive lawmakers have been pushing President Biden to pass executive orders that protect renters amid rising housing unaffordability. Tenants from New York to Florida have meanwhile gotten organized to help pass tenant-friendly laws.

“The rents for our affordable housing portfolio are set by government regulation through the LIHTC program, and we simply follow the legal guidelines,” a Blackstone spokesperson said, referring to the Low-Income Housing Tax Credit program. “We have committed $500 million to maintain and improve these communities, while working to preserve affordability beyond when government programs expire.”

The firm has already lost a battle with residents this year. In a fight unrelated to BREIT, tenants who live in a massive Blackstone-owned apartment complex in Manhattan recently won a suit against Blackstone that prevented the company from deregulating the rent at 6,200 apartments after a local tax break expired.

After Blackstone purchased 66 apartment complexes, including Gina’s, in San Diego in 2021 for more than $1 billion, the firm was immediately met with a campaign organized by the advocacy group ACCE.

By mid-2022, the campaign pushed Blackstone to meet with tenants to talk about maintenance issues at the property. Sarah Guzman, an organizer with ACCE, told Insider that she now collects tenants’ maintenance-related complaints and sends them to a team at Blackstone with a two-week deadline to fix them. Maintenance issues have improved.

Gina is still dealing with housing issues of her own. Gina, who is 59 and lives with epilepsy, requested moving from a second-floor unit into a first-floor apartment after her doctor recommended that living on the ground floor would be safer after an epilepsy flare-up.

Blackstone initially approved her request, Gina said. But it told her last year the apartment would cost her $1,925 per month, an increase of nearly 50% from the $1,300 rent she paid, and that her housing assistance wouldn’t cover rent. Gina had to stay put in her upstairs apartment — where she was also battling cockroaches and a faulty heater.