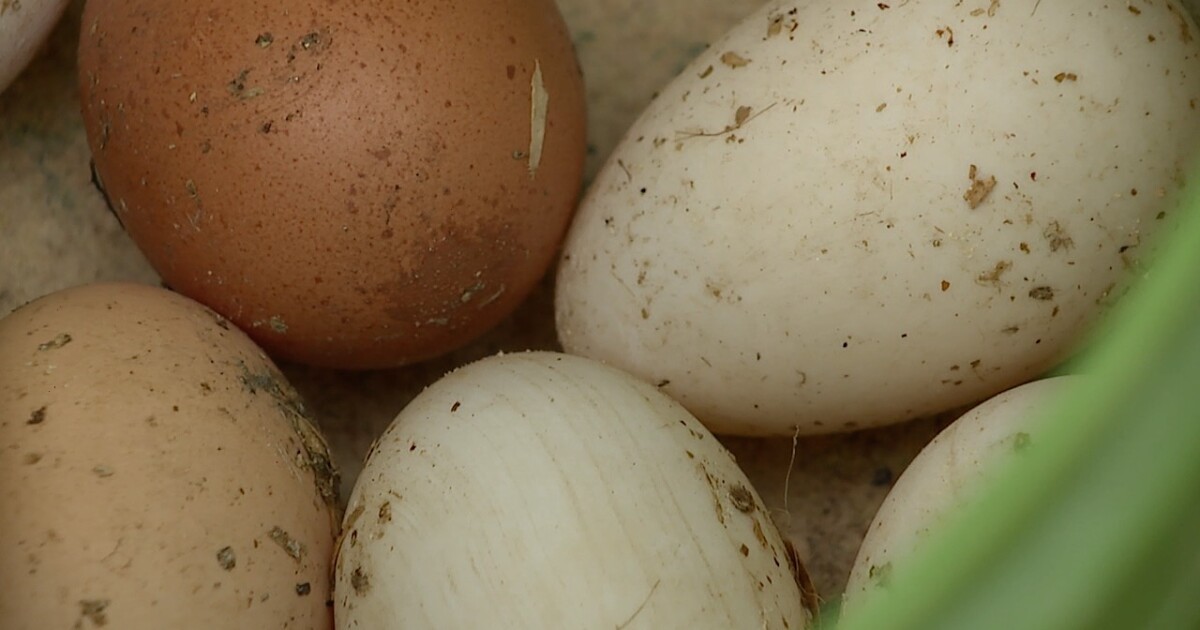 DIAMOND, Ohio — The latest Producer Price Index report was released today. The White House tells News 5 that production and consumer prices have been declining over the last 6 months, but prices for poultry products like eggs are still “too high.”

Customers aren’t keeping their eggs all in one basket when it comes to shopping. Some are now skipping grocery lines altogether, as businesses are adapting too. Farmers and those who turn to them to put food on the table are now being impacted.

“I think what some of those businesses have been able to do over the pandemic is use their size and their nimbleness to adapt to changing conditions,” said Jared Bernstein, Member of President Biden’s Council of Economic Advisors.

At Moon Farm in Diamond, owner Alex Ross said his prices continue to beat those numbers.

“Four dollars a dozen is almost my break-even point and that’s what I charge, but I see really no reason to raise that because other than feed costs because up a little bit, but I’m not really being affected by the big factory egg producers,” Ross.

But now it’s hard to keep up with demand.

“It has been there’s been nothing in my stand for the last three months, every egg that gets laid on this farm is pretty much sold before it’s been laid,” Ross said.

That led Ross to offer customers an alternative.

“My delivery route I didn’t have enough chicken eggs because I was selling them so quick,” said Ross. “So, I asked people if they’d like to switch for a dozen duck eggs or a couple dozen quail eggs and I did have my customers take advantage of them. Try something new and they really liked that.”

Chicken eggs and duck egg look similar in appearance, but there are some differences.

“They taste like a chicken egg but a little bit better,” Ross added. “Duck eggs are a little higher in fat, but they have a very creamy stronger egg flavor.”

Bernstein said there’s still work to do, but supporting local plays an important role in helping to get the economy back on track.

“Still prices too high, but in today’s report we saw some of the food prices actually coming down, moving in the right direction but still ways to go,” said Bernstein.

Download the News 5 Cleveland app now for more stories from us, plus alerts on major news, the latest weather forecast, traffic information and much more. Download now on your Apple device here, and your Android device here.