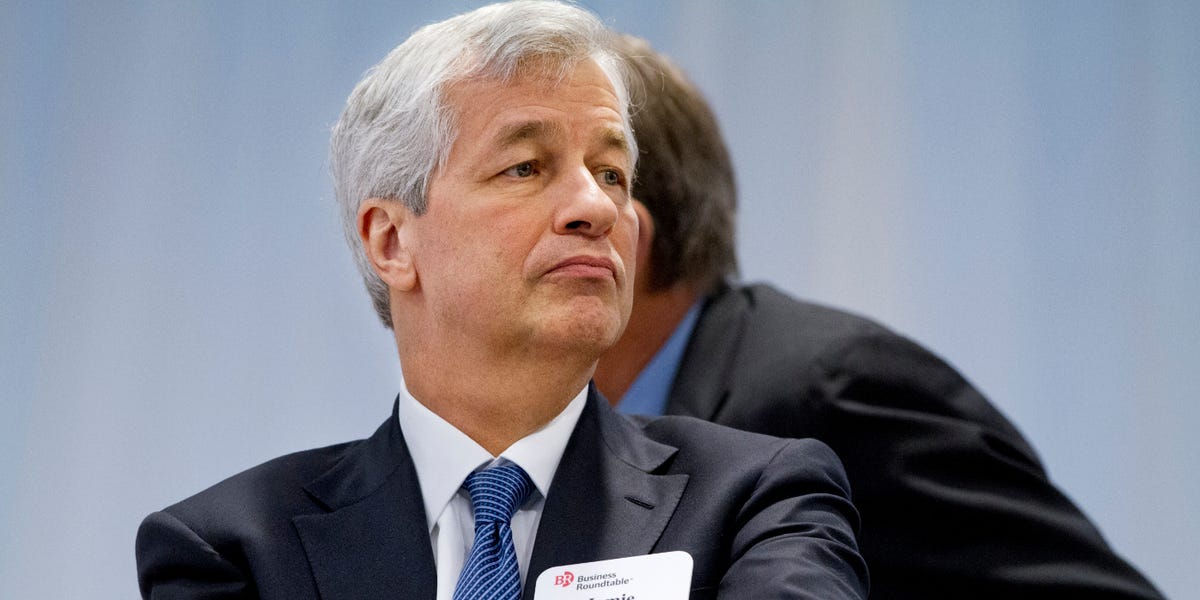 JPMorgan CEO Jamie Dimon said bitcoin is a fraud, repeating his criticism of the world’s largest cryptocurrency amid the market’s struggles after the FTX collapse. The banking exec also delivered an ominous warning for the world economy as it nears the one-year mark since Russia’s invasion of Ukraine.

Dimon has been a loud skeptic of crypto, blasting the industry as a “complete sideshow” after the collapse of FTX, Sam Bankman-Fried’s failed crypto exchange. That’s because crypto tokens are often tied to criminal activity, Dimon said, though his views of the underlying blockchain technology are more favorable.

“I think all that is a waste of time, and why you guys waste any breath on it is beyond me,” Dimon said in an interview with CNBC on Thursday. “Bitcoin itself is a hyped-up fraud. It’s a pet rock,” he said.

Dimon hit back at claims that tokens like bitcoin have built in scarcity that prevents it from being devalued, with just 21 million of the coins in existence. Those arguments are “totally untrue,” Dimon said.

Dimon also gave a bearish prediction for the US economy this year, with inflation still well-above the Fed’s 2% target and interest rates expected to rise past 5%, which market commentators have warned could spark a recession. He added that one of the biggest problems facing the global economy is the war between Russia and Ukraine, a conflict that’s disrupted supply chains and spiked energy prices around the world.

“The real issue for the world is Russia, war, Ukraine, energy, trade, and that is serious. And that’s still out there. Hopefully it will mitigate and go away, but it may not,” he said. “The only thing that matters for the future of the world is how this thing plays out.”

As for signs of bullishness investors have been showing since the start of the year, Dimon isn’t convinced a lasting rally is here. “Markets have always been wrong,” Dimon warned.

Dimon previously forecasted a mild recession to hit the US this year and stocks to drop 20%, though he said his team was preparing for a more severe downturn. He added that the Fed would likely need to continue its aggressive policy to sufficiently rein in inflation, predicting interest rates would push past 6%.