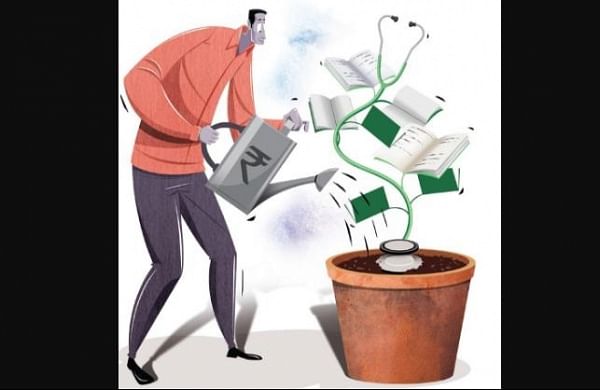 Equity-linked savings scheme (ELSS), a popular investment instrument used by salaried persons to save on taxes, is going through a period of changes driven by the capital market regulator, the Securities and Exchange Board of India (SEBI).

ELSS, commonly referred to as tax-saving mutual funds, is an equity-linked mutual fund that provides for tax deduction under Section 80C of the Income Tax Act. If desired, a person can invest the entire maximum limit of Rs 1,50,000 permitted for tax deduction under Section 80C. Being an equity-linked scheme, ELSS promises capital appreciation along with tax benefits.

On December 2022, IIFL Mutual Fund launched a passively-managed ELSS tracking the Nifty 50 index. The idea was to offer a simple-to-understand, low-cost, large-cap stock-oriented product that is free of fund manager risk and which offers to cut the tax liability of the investor and also create wealth.

Just to put the record straight, this is not the first passively managed ELSS in the Indian mutual fund industry. Almost two decades ago, Franklin India Index Tax Fund, used to track the Nifty 50 index and offer Section 80C tax deduction benefits. That scheme was subsequently merged into Franklin India NSE Nifty 50 Index Fund in 2011. It was probably an idea ahead of its time.

A passively-managed scheme tracks a particular index and invests its corpus in the stocks as per their weight in the index. However, an actively managed scheme permits discretion to the fund manager to invest in stocks of their choice within the given mandate and to decide on the amount of investment in each stock. Thus, an actively managed fund has fund manager risk but also carries the promise of higher returns compared to benchmark indices.

But, over a period of time, things have changed. Outperforming the index in the large-cap space has become tough. The costs of actively-managed funds are difficult to justify at a time when the possibility of generating excess returns over the benchmark is going down. That makes many investors consider investments in passively managed index funds. Therein lay the strong case for offering passively-managed ELSS funds to investors too.

ALSO READ | Why mutual funds have a long way to go

However, passive ELSS too has its own benefits. Among them are a clearly defined mandate, low costs and no fund manager risk. Investors can take benefit from these features.

This could also be helpful for fund houses where a new management takes over or the sponsor changes. In such a situation, the way a fund-house is run also changes and legacy schemes, including an actively managed ELSS, may not fit into the plans. If the new sponsor or asset manager is a pro-passive entity, then the fund house may find it difficult to manage an active ELSS. In that case, it won’t do justice to the money invested by the investors. So, the fund house should have an alternative course of action – which is now allowed in the form of stopping fresh inflows and starting new passive ELSS.

SEBI has done well by offering this option as it brings in a lot of flexibility for mutual fund houses, especially for a product with lock-in. In the long run, it could benefit investors too.