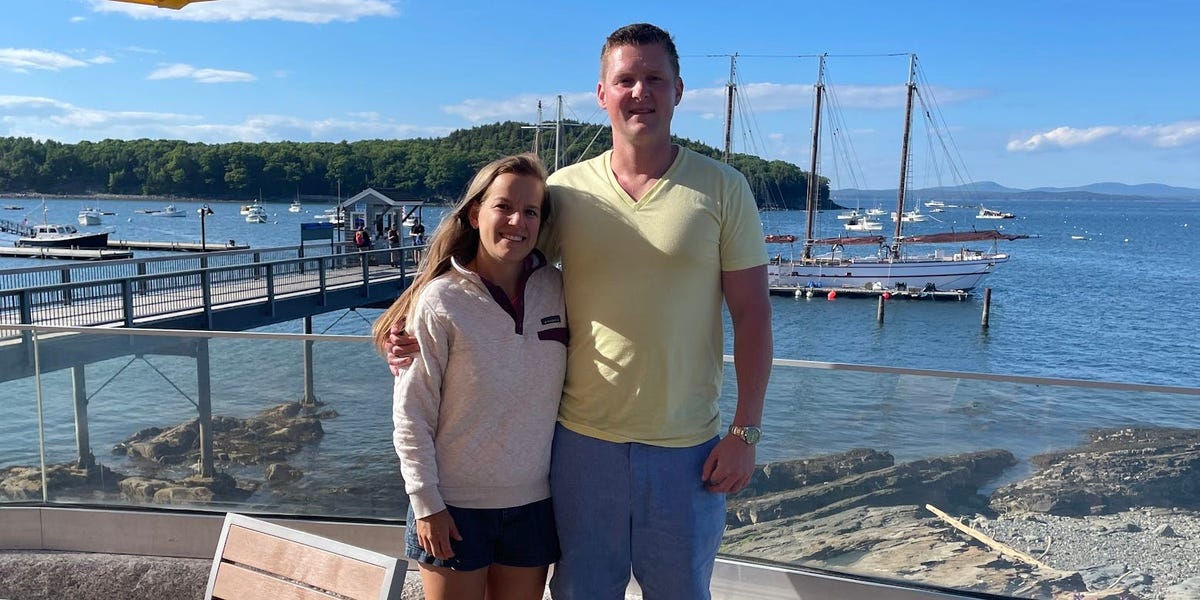 At 34, James Berkley has enough money that he doesn’t have to work another day in his life.

He has $45,000 a month of after-tax profit coming in from his real estate investments and owns $7 million worth of real estate. Insider verified his income and property ownership.

Real estate investing, which he started doing in 2013 on the side while working full-time in finance, is what made him wealthy.

“I learned early on that real estate was a path to freedom, and it took me about eight or nine years to get there,” he told Insider.

Along the way, his strategy shifted — he started out buying and renting multi-family buildings, eventually sold those to buy medical buildings, and he’s now more interested in acquiring retail buildings — and he’s learned from an array of mistakes.

“With each property I learned a lesson,” said Berkley, who owns eight properties on his own and manages two funds that invest in commercial real estate, both of which he owns a piece of.

To succeed in real estate, “you have to be humble, fix your errors, and then take another shot,” he added. “The more failures and stress you can handle, the more successful you can ultimately become.”

He shared two costly mistakes he made early on in his real estate investing career.

1. He bought a property that didn’t generate positive cash flow

The first property Berkley bought was a $466,000 two-bed, two-bath condo in Boston. He moved in and got a roommate to help offset the mortgage, but only lived there for a month before work required him to relocate to New York City.

He found a second tenant to fill the room he’d been living in, but the total rental income didn’t cover all of his housing expenses.

That experience taught him the importance of having strong cash flow. Cash flow is the money left over after subtracting your expenses — everything from the mortgage payment and utilities to property taxes and insurance — from your rental income.

It can be positive or negative. As Berkley learned the hard way, you want it to be positive. Otherwise, you could find yourself in a tough financial situation if you don’t have enough in reserves to cover the rest of your monthly housing expenses.

Since making that first mistake with the Boston condo, “the number one thing that I care about when looking at any property is free cash flow yield,” added Berkley, who now won’t buy anything unless he’s sure that it will generate cash.

When evaluating deals to understand if they might cash flow well, you’ll want to consider your total monthly expenses and how much you can realistically rent the property for.

“If you follow that rule, you’ll cash flow and make a decent return,” he said.

2. He overpaid for a brand new build that had no room for value add

Berkley still wasn’t generating cash flow from his condo a year after buying it, so he decided to sell.

He managed to sell it for $70,000 more than he bought it for and used the profit to buy a multi-family property in Worcester, Massachusetts, where he continued buying multi-families for the next five years.

The first multi-family property Berkley bought was unique in that it was a brand-new build, he explained: “In Worcester you can’t really build things brand new unless they’ve been burnt to the ground from a fire.” That’s exactly what had happened, and Berkley bought a new three-family building directly from the builder for $342,000.

There are advantages to buying brand new — you don’t have to worry about potential housing code violations, for example, and your maintenance costs will likely be lower — but the main disadvantage is that you can’t add much (or any) value.

“I got this great, brand new building, but I paid top dollar for it. I had some cash flow, but there was no upside. I couldn’t create value for it,” which ultimately meant that he realized far less appreciation on it relative to other buildings in the area, he explained. “I realized that I could make more money if I bought a dilapidated building, paid to fix it up, and then rented it out.”

Moving forward, he started buying properties with room for improvement, older buildings or fixer-uppers, and adding value to them through upgrades. Renovations require time, money, and creativity, but the idea is that the final product will be worth more than the original purchase price and the repairs.

For example, the next multi-family he bought in Worcester was a three-family building that needed a lot of work. He bought it for $260,000 and immediately invested $30,000 into a new roof, new electrical, and refinished floors. Five years later, he invested another $100,000 into it (putting his total investment at $390,000) and then sold it for $707,000. That’s $317,000 in profit, not to mention the cash flow it generated over the course of the five years he was renting it.

“If you want to build wealth, you have to add value to other people’s lives,” said Berkley. “The way I did that was by buying three-family homes and fixing them up to make them a nicer place for people to live.”