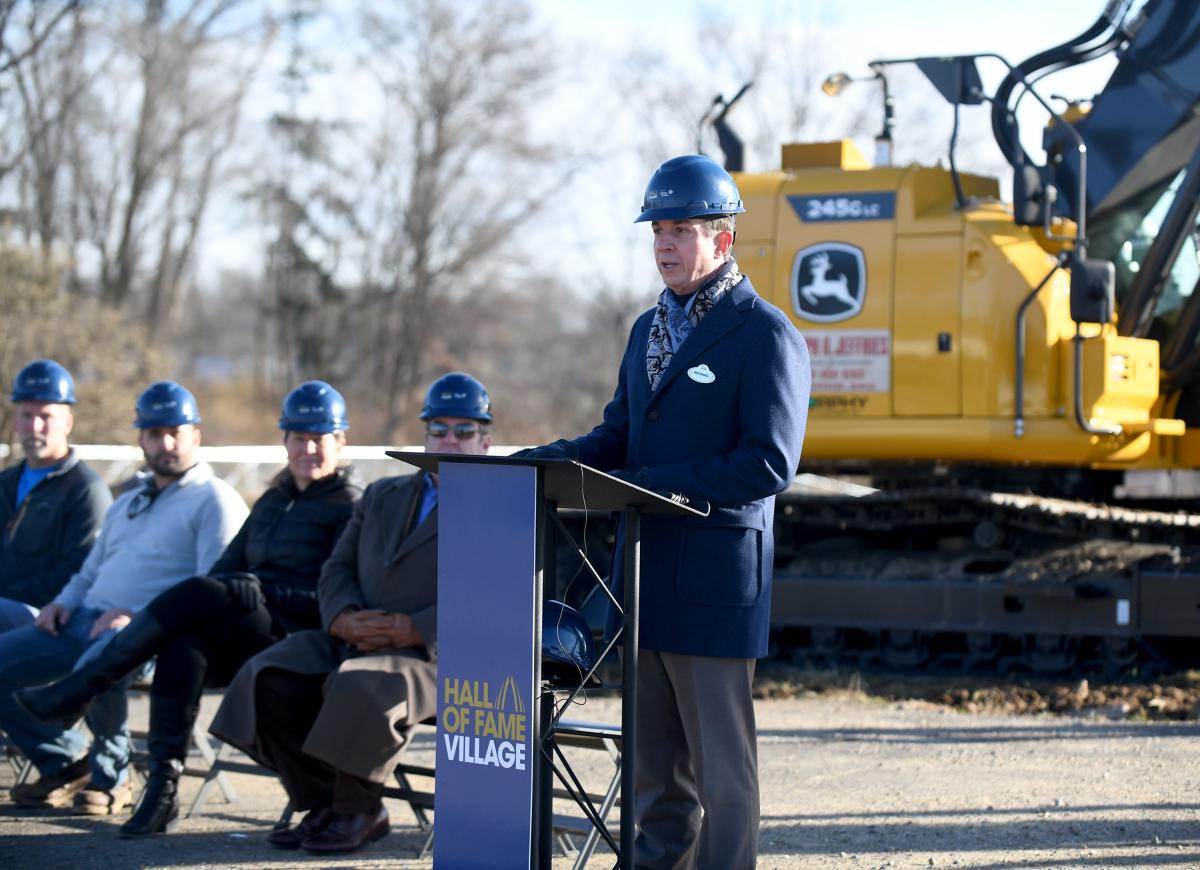 CANTON ‒ Hall of Fame Resort and Entertainment said it has received notice from the Nasdaq stock exchange that its stock is no longer in danger of being delisted from the exchange.

The company received the notice about two weeks after doing a 1-to-22 reverse stock split before stocks began trading Dec. 27.

For every 22 shares of Hall of Fame Village’s stock an investor had, it was converted into one share with the share price multiplied by 22 times. For any number of shares not evenly divisible by 22, investors were paid in cash for their excess shares. Investors’ equity stake in Hall of Fame Village remained unchanged.

Hall of Fame Village received notice from Nasdaq in May that it was in danger of being delisted if its share price did not rise to above $1 at least 10 consecutive sessions within 180 days. The share price had been below $1 much of last year.

In a statement released Wednesday, Hall of Fame Village President and CEO Michael Crawford blamed the economy for the downward movement of the company’s share price, not factors specific to the company themselves.

“What we have been experiencing as a Company is no different than the rest of the world as it relates to the macro-economic environment,” he said. “The global pandemic, supply chain issues, international conflicts and wars, are all factors that placed outside pressure on our stock price, much like they have on the rest of the stock market. The decision we made to complete our reverse stock split was made with our shareholders and the continued growth of our Company in mind.

“We believe that decisive action and regaining compliance with Nasdaq listing rules aids in our ability to achieve several important corporate objectives, including the ability to amplify visibility of HOFV within the investment community as well as broaden our shareholder base to include investment firms that impose minimum price requirements in their funds.”

This article originally appeared on The Repository: Hall of Fame Village avoids being delisted from Nasdaq