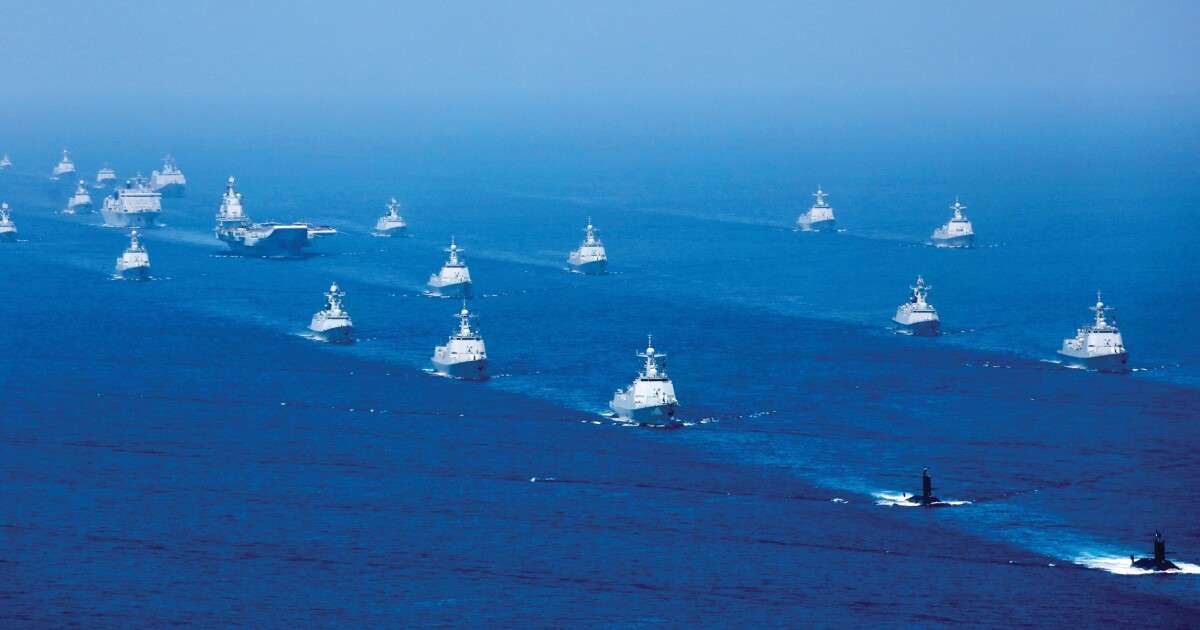 Is the extent of military aid to
Ukraine
affecting U.S. preparedness for its purported priority — a Chinese invasion of
Taiwan
? Even national security adviser Jake Sullivan has
admitted
that “with certain types of capabilities,” there is a direct trade-off. As he put it, “There are some overlaps between the systems for Ukraine and the systems for Taiwan.”

Many policymakers and pundits appear to believe that saving Ukraine will help save Taiwan. Not only is this type of bank shot questionable logic on its own, but sending more numbers of critical military systems to Ukraine will likely come at the expense of America’s and Taiwan’s interests.

As Napoleon said, “If you want to take Vienna, take Vienna.” The Biden administration’s own National Security Strategy and National Defense Strategy explicitly prioritize China over Russia, even after the outbreak of the war in Ukraine. If denying Chinese hegemony in Asia is truly the foremost priority of U.S. strategy, then Washington ought to support Ukraine only when it is consistent with its more important interests. While they may draw some lessons from Russia’s experience in Ukraine, Beijing will ultimately be deterred only if it perceives it cannot achieve its objective of conquering Taiwan. Ensuring the U.S. military is resourced, designed, postured, and employed for a denial defense along the first island chain is the single most important step in deterring Chinese aggression. Anything that interferes with this is a dangerous distraction.

But the U.S. military no longer maintains the capacity to fight two conflicts at anything near simultaneity. What the Pentagon calls its “force planning construct” — the yardstick by which it measures the capability and capacity of the U.S. military — has since the Trump administration’s lauded
2018 National Defense Strategy
been a one-major war construct. Especially given the anemic capacity of the defense industrial base, this applies equally to equipment and munitions stocks such as those being sent to Ukraine.

Systems like Javelin missiles are not only useful for destroying Russian tanks, but also against Chinese landing craft or transport helicopters delivering troops to Taiwan’s shores. Patriot and Stinger anti-air missiles would also be enormously useful to Taiwan’s forces in such a contingency. These are the “certain types of capabilities” for which there is a direct trade-off between Taiwan and Ukraine, as Sullivan noted. These are precisely the types of systems the U.S. ought to be force-feeding Taiwan now in order to realize the so-called ”
porcupine strategy
” and bolster deterrence. HIMARS rocket artillery launchers would also be integral to any U.S. military intervention against China, as the U.S. Army and Marine Corps are buying anti-ship missiles to launch from them. But after their heavy provision to Ukraine, U.S. stocks of all these systems are
dangerously low
, and may
take years
to replenish.

Apart from the direct demerits of sending critical arms to Ukraine over Taiwan, to the extent that Beijing perceives a lower state of readiness on the part of the U.S. military or defense industrial base, this could actually precipitate the conditions for Chinese aggression. For the U.S. to enter a conflict for which it is ill-prepared is to court disaster for its security, prosperity, and liberty. Indeed, it may facilitate Chinese hegemony over the world’s largest market area.

No matter how morally laudable Ukraine’s cause, or how much we might wish it to be otherwise, Washington must make direct trade-offs between Taiwan and Ukraine. Its own interests impel it to choose the former.

Austin Dahmer
is an analyst and consultant on U.S. defense policy and strategy.