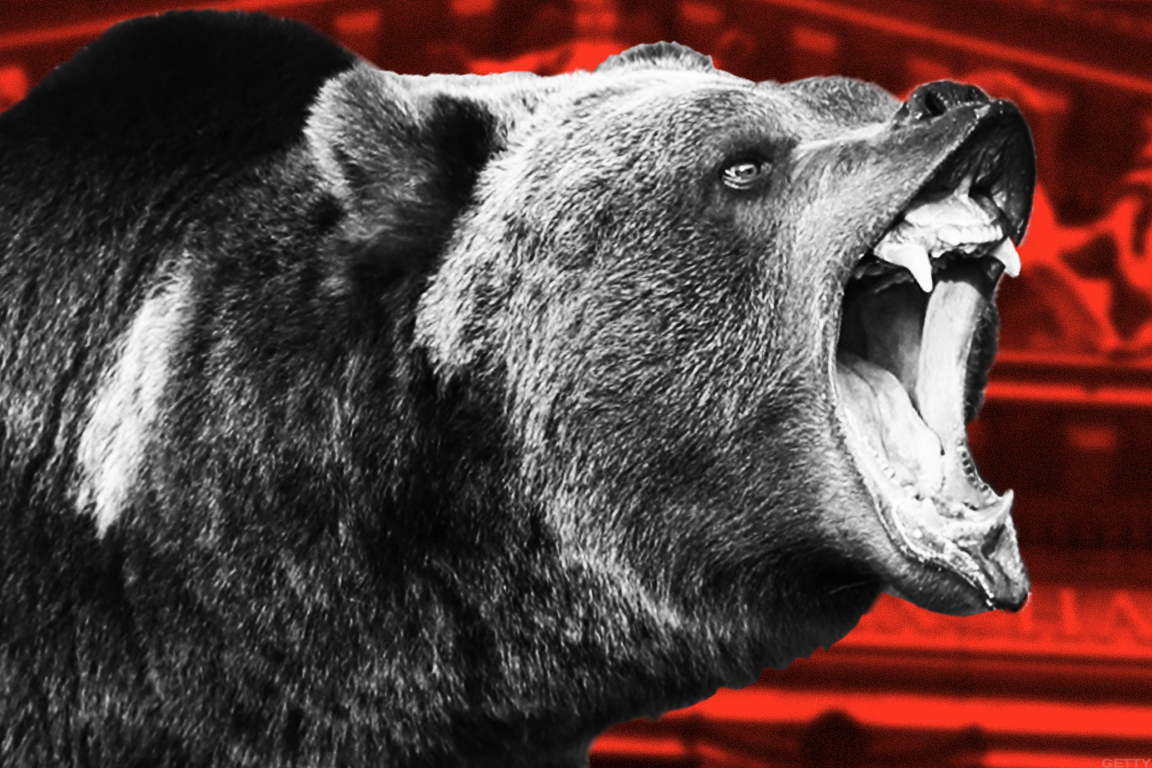 Everyone knows that the way to make money in the stock market is to buy low and sell high. It isn’t complicated logic, but the biggest losses that most investors suffer are when they ‘buy low’ in a bear market. When the stock goes even lower, the frustration and pain become too much, so they capitulate and lock in a big loss.

There are two problems with the “buy low”‘ approach.

First, we have no idea if the current low is the low. In bear markets, support is meaningless, and it can be shocking how far a ‘good’ stock may fall before it eventually hits bottom.

The second issue is our emotions. Our plans go out the window if our entry point is poor and we start racking up losses. As Mike Tyson once said, “Everyone has a plan until they get punched in the face.” Our emotions come into play when the market causes us pain, and we have a tendency to make poor decisions.

So how do we deal with the problem of poor timing and counterproductive emotions in a bear market?

The Benefits of “Probing Buys”

One solution is “probing buys”. Probing buys is a strategy that Jesse Livermore developed. Jesse Livermore is considered one of the greatest traders of all time, but he still went broke three times before age 30. He was known on Wall Street as the “Boy Plunger” because he would “plunge in” into huge positions. When they worked, he made a fortune. When they didn’t work, he was wiped out in the crash of 1929. Livermore made around $100 million, equivalent to around $1.5 billion today. He subsequently lost it all more than once due mainly to his failure to follow his own rules.

What was particularly frustrating for Livermore was that many of his major losing trades would have worked extremely well if his timing had been just a little different. He built his position too big and fast and couldn’t stay with them when they didn’t immediately work. This is the same issue that most investors face in the current bear market. The trades may eventually work well over years, but emotions drive them to escape the situation when the pain is too great.

Livermore dealt with this timing problem by developing a method called “probing”. Rather than jump right in immediately, he would probe the market by making small buys that would help him gain a sense of the price action. If he liked what he saw, he would add to the position and start to pyramid it as it moved in his favor. This goes hand-in-hand with my all-time favorite trading quote from George Soros: “It’s not whether you’re right or wrong, but how much money you make when you’re right and how much you lose when you’re wrong.”

Livermore compared his approach to a military officer sending a patrol to spy on the enemy and gather intelligence. The knowledge gained by this probing would allow him to attack aggressively at the right time.

The probing method has several benefits. First, it helps to keep emotions under control when you start small and limit risk. You will find that your view of a stock will often change very fast once you actually own some. I often find that I will avoid a chart that at first glance seems too technically extended. But after I make a small initial buy and then watch the action, my attitude about it will shift as I follow the price action more closely and gain a sense of the stock’s personality. Rather than dismiss it as a missed trade, I am focused on looking for an opportunity to press as the chart develops.

A second benefit of the probing approach is that it allows for a much higher level of aggressiveness when you trade incrementally. Since you can manage risk more closely, it is possible to take bigger positions as you monitor the situation.

Livermore had two key conditions for his probing buys. First, he determined the size he ultimately intended to hold should the stock develop in the manner he liked. He had a plan in advance and didn’t just add shares randomly. His initial probing buy would generally be about 20% of the total size he had planned. The idea is to have a plan and not be tempted to modify it as your emotions kick in as the price action develops.

This first rule goes hand-in-hand with the second, which is that you only add to the trade if it acts positively. You don’t try to lower your cost basis because you hope the market will eventually appreciate the positive fundamentals of this stock. What you do is add to your position as the price action proves that the market is discovering the merits of the situation. That is what helps you improve your timing. You aren’t trying to guess when a stock will move. You embrace it as it moves and does what it is supposed to do.

Much of the movement in any stock is random and doesn’t have much meaning. You can take advantage of that as you watch the situation and consider it in context with overall market conditions. Volatility should be your friend and not your enemy.

One variation I add to the probing approach is trading part of the position with shorter timeframes. Rather than treat it as one big trade established incrementally, I will consider it several trades with different time periods. This has many of the same benefits as the probing approach but helps to mitigate risk when there are some quick flips as you build a position.

Four Steps to the Probing Approach

1. Take an initial position. The key here is to keep it small and leave room to add as the stock develops. A “tracking” position, or what Jesse Livermore called a “probing” position, will force you to watch the price action more carefully and help you develop some feel for the movement. Once you are holding stock, you will be motivated to do more research and uncover potential negative and positive catalysts.

2. Look for a second entry. If the stock immediately disappointed, then dump it and move on. Maybe you will revisit it in the future. If it is acting well and market conditions are good, add some more. Take advantage of routine volatility. It doesn’t necessarily matter if you buy lower or higher as long as the chart remains healthy.

3. Stay patient. Now that I have a foothold in the stock, I want to see how it acts. Does that low hold? If not, I’d probably make a partial sale. The longer the low does hold, the more inclined I will be to make additional incremental buys.

In the worst bear market, most probing trades will not work initially, but the approach limits your risk and leaves you in a position to try again and again until things start to work. Bear markets create great opportunities, and if you approach them with the right strategy, you will not fear them.